I'm a feminist. True blue, through and through, great balls of fire feminist. And I like books about MC's (motorcycle clubs). Although admittedly I'm reading Defiance by Stephanie Tyler and it's bringing up some issues for me.


I'm not far in the book and the hero Casper isn't down with all that and I'm pretty sure he's planning on changing the rules of the club. And his love interest Tru also wants to change the rules since her daddy beat and raped her and well, that's what happens when you're property.


And it seems, with the exception of Kristen Ashley whose motorcycle men are pussies with bikes and guns, most MC books are down with the women being sub-par as sweet asses and old ladies and just available pussies. Or house mouses. But not equals and with the exception of the romance of the book, they're miscellany in the men's lives.


In reviews I've read of these books, women continuously say that although the women in these books might be called one thing or treated a certain way, they actually hold power because... um, well because these are romance novels. And the heroine holds power because she holds the hero's heart.


I think these situations scream misogyny and we like/love them for a reason. But I'm not sure what exactly that reason is.


Needless to say, my history as a childhood sex abuse victim guarantees that Defiance is pushing buttons for me and I might not be finishing it depending on how it goes. But I've read other MC books and will keep reading them and...


I wonder if there's a feeling of liberation for women to escape into a world where they don't have to be strong. As a single mother drowning in bills and anxiety and responsibility, I'd love for someone to come into my life and take over. It's like being a child and knowing that Mommy or Daddy will take care of things.


Or is there something inside of us that is so beaten down by societal standards that we already feel like nothing and the world of the MC answers that? In that world women are worth only what the men deem them worth just as in the real world we are only worth youth and attractiveness? The older we get, the less attractive we're deemed, the less we're valued in society.


The women in the MC are valued by their bodies generally and even those who are married, who have children and jobs are still voiceless in the world they exist in and are cheated on and still treated as less.


Do you like MC books? What do you like about them? And how do they make you feel? 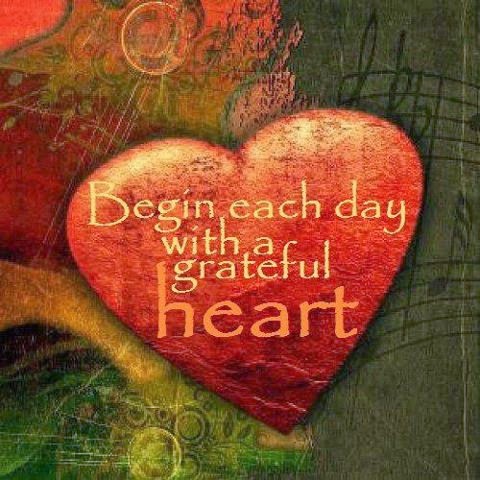 Had a lovely weekend this weekend. Nothing amazing happened, no great achievements were met. But it was a nice time nonetheless.

I read the Daisy Dexter Dobbs Greek trilogy and it was fun. If you're not a fan of insta-love then these aren't the books for you but if you enjoy light hearted and funny then these are good.

I'm reading The Collector by La Nora (Nora Roberts, that is) right now and wow, I love this woman's stand alone titles. Great writing, natural flow. She's what I want to be in my next life.

I dyed my hair Saturday. I messed up because I wanted purple but got violet. I should have realized it wasn't purple but my mind has been stalled. I'm sure in the sunshine I look like a raspberry. I wanted to look like a grape popsicle (I know Carol, you want pictures...)

Anyway, that's about it in my life. What's going on with the rest of you?
Posted by Lori at 9:08 PM 1 comment:


I had a huge fear of reading this because I love Daisy (DDD) on Facebook and her blog is a miracle of awesomeness. What if her book just isn't as funny? What if she's *gasp* just okay?

At the beginning of the book, I was super worried because the book seemed a little slow going with two best friends talking about how happy they were while obviously both were miserable.

The best friends, Polly and Helen, have their world crash in n them when Polly discovers her fiancée and Helen's husband cheating in London. Helen disconnects from her husband immediately but Polly decides to lose 30 pounds, tone up at a gym and be someone her philandering fiancée would never cheat on.

Of course Hunky McHunkHunk, becomes her personal trainer. He's big, Greek and is always hiding his McHunk junk when Polly is around... he wants to pound Polly with his McHunk junk.

Anyway, the book is pleasant and then around midway it picks up speed and the DDD I've come to stalk and love really comes out to play. Polly has a sense of humor and as she and her Greek God (Nick) become more comfortable together (well, as comfortable as one can be while wearing a corset and getting jiggy with it), the book explodes in humor.

I don't want to get all spoiler-ific but omg, I haven't laughed this much reading a book since back when Vicki Lewis Thompson used to write for the Harlequin Love & Laughter line. And when Inga comes out to play (sorry, can't explain), I was howling. Literally. Howling with laughter.

The best thing, the best best very best thing, was that revenge was served with a side of chocolate and it was bee-you-ti-ful.

I love me a strong woman, a hunk and a weasel getting his back in spades.

Really a good read.
Posted by Lori at 7:18 PM No comments:

The Will (or Where There's a KA Book, There's a Way)


It has an uptight, white heroine whose ass is housing not one stick but an entire forest and a hero who owns a gym and a titty bar. But it's okay because all the women in the titty bar are gorgeous, intelligent, rich and not demeaned in any way.


Interesting side note: at one point in the story when the ultra-famous, black, hip-hop artist shows up with his posse and they all go to the said titty bar, later there's a throwaway line that everyone got laid that night. The hot brothers and the unhot ones too because they were paying the girls well. So basically KA made all these gorgeous women prostitutes also but in a completely throw-away sense. Like paying topless dancers to sleep with you doesn't make them hookers. Say what?


But we're in KA's world where all the men who have muscles whether in Colorado, LA, Maine or Buttfuck, USA sound exactly the same. No regional accents, no deviation in dropping g's or anything. They can all say 'babe' and mean 'Fourscore and seven years ago...'


Okay, so like here's the real deal with the book. I hated the heroine.


KA likes to write heroines who are gorgeous, every man wants them and usually they're self-deprecating and funny. This one, Josie, is so beautiful that no man who meets her can help himself but make a play, she has one night stands with ultra-famous, black, hip-hop artists who then pine for her because who wouldn't want a gorgeous woman with a forest up her ass and a dictionary down her throat and a heart that's encased in glass.


"But now I'm in a lovely frock, you look very handsome in your suit, you're very gallant which is most charming, and we're at a fabulous restaurant where I'm certain we'll partake of an excellent meal."


KA tells a good story and she gets the whole idea of why we read romance because her stories are full of romance. You watch her characters get to know each other, you see their day to day interactions and by the time they declare their love, you believe in it too.


I just didn't believe that anyone could love the heroine because I found her the most absurd character I've ever read. The book just didn't work for me.

What I've Been Reading

I’ve been on a small binge recently that can best be described as eclectic.
I started with Jill Shalvis and her Wilder Brother books:  Instant Attraction, Instant Gratification, Instant Temptation and Instant Chocolate for Lori. Enjoyable books with lots of sexual tension but not too much in your face sex so it was a nice change.
I like J.S.’s writing style. She’s fun and easy to read, there are modern references throughout her stories about Facebook, Twitter, Words With Friends…  And she took one of my least favorite tropes which is the girl in love with the hero forever and didn’t make me want to scream or tear my eyebrows off.
Kudos to you, Ms. Shalvis!
After that I read Painted Faces by L.H. Cosway. Now that was an interesting book. The hero is a drag performer who happens to be quite straight but also quite effeminate. The idea was brilliant and Ms. Cosway pulled off the theme of the book brilliantly.
The problem with the book was that there were many instances where the narrator addressed the reader directly (breaking the 4th wall) and it was clumsy and every time took me out of the story and pissed me off. But I’d recommend the book highly, it’s a delicate subject that’s handled astutely.
Currently I’m reading Miss Buncle’s Book by D.H. Stevenson. What a delight!
It’s completely charming, based in a small town where Miss Buncle is running out of money and writes a book about her town (loosely changing the identities of the characters) and she sets the town abuzz and on its collective ear.
It’s one of those charming, all British tales that makes you want to read it while sitting in a comfy chair by a fire. Loving it!
And after I finish, I believe there’s a new KA book awaiting. Oh, life is brilliant!
Posted by Lori at 9:29 PM 1 comment: