A brutal murder draws nobleman Sebastian St. Cyr into the tangled web of the British royal court in this gripping historical mystery from the national bestselling author of Where the Dead Lie.London, 1814. As a cruel winter holds the city in its icy grip, the bloody body of a beautiful young musician is found half-buried in a snowdrift. Jane Ambrose's ties to Princess Charlotte, the only child of the Prince Regent and heir presumptive to the throne, panic the palace, which moves quickly to shut down any investigation into the death of the talented pianist. But Sebastian St. Cyr, Viscount Devlin, and his wife Hero refuse to allow Jane's murderer to escape justice. Untangling the secrets of Jane's world leads Sebastian into a maze of dangerous treachery where each player has his or her own unsavory agenda and no one can be trusted. As the Thames freezes over and the people of London pour onto the ice for a Frost Fair, Sebastian and Hero find their investigation circling back to the palace and building to a chilling crescendo of deceit and death . . . 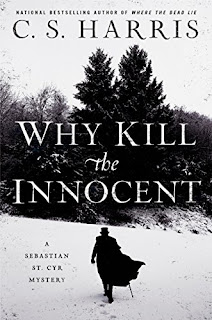 A great historical mystery series; this is the 13th book.

A prank war erupts in Lake Sackett, Georgia and coroner Frankie McCready has to turn to the gorgeous but surly new sheriff for help in Molly Harper’s newest Southern Eclectic novella, perfect for fans of Kristan Higgins and Amy E. Reichert.The McCready Family Funeral Home and Bait Shop has crickets running rampant in the store and hot sauce in the Snack Shack’s ketchup bottles. But as the county coroner, Frankie has enough on her plate without worrying about the increasingly mean pranks being played at her family’s business. And the arrival of Sheriff Eric Linden, both devastatingly attractive and painfully taciturn, is enough to push her over the edge.Linden, who didn’t seem to get the memo about men in uniform and Southern charm, is condescending and cold, revealing absolutely nothing about his past as an Atlanta police officer, while also making Frankie’s job as coroner as difficult as possible. And with the town’s Fourth of July celebration coming up, it’s essential for McCready’s to be cricket-free and in good working order. Strangling the sheriff will make her job even harder. Can Frankie hold off the threats to preserve her own sanity?With her trademark “clever humor, snark, silliness, and endearing protagonists” (Booklist), Molly Harper invites fans to return to the family they first met in Sweet Tea and Sympathy. Y’all sit down and stay a while, won’t you? 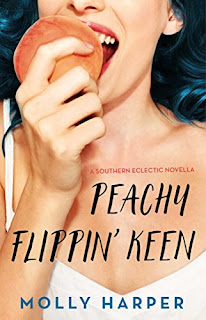 Southern silliness - right up my alley.  :-)

Captain Lacey must clear Brewster of a murder near his home in St. Giles, one that points to Brewster’s pugilist past. Meanwhile, trouble comes to Lacey’s home in the form of Donata’s late husband’s family. 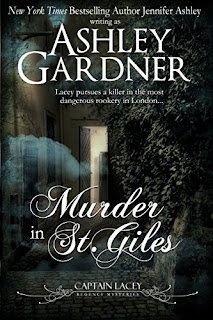 Another historical mystery series and by coincidence this is the 13th book! I have to say, that's not much of a blurb but Ashley Gardner is also Jennifer Ashley so you are assured of good writing.

Love isn’t always NEAT…
Bartender and all round bad boy, Eric Collins, has come to a crossroads. It’s time to take life seriously and maybe even attempt to settle down. If only the person he was hoping to settle down with didn’t turn out to be pregnant.
Starting over in a small town, Jean is determined to turn her wild lifestyle around and be the kind of mother she always wished she’d had. Since local bar owner and all round hottie, Eric, is now determined to steer clear of her pregnant self, it should be easy. When she goes into labor during a snowstorm and her car slides on some ice, however, it’s Eric who comes to the rescue.
There seems to be a bond between them now, but is it enough? And can Eric give up his manwhore ways to be the man Jean needs? 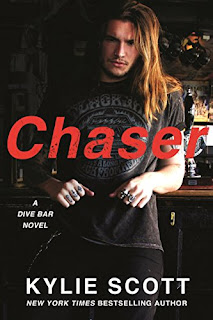 This is the third book in the Dive Bar series. (You remember the runaway bride who ended up in the hero's bathtub?) Well, i't's time to redeem Eric, y'all! Love Kylie's writing.

The magic has come back to the Plains. The Warrior Priests are no more. The traditions are changing—too quickly for some. Joden has only ever wanted to be a Singer, to know all of the songs. When the time comes for his Trials, he is challenged to take the old paths—and it ends in disaster. But his broken heart and broken body are found by Amyu . . . and she knows what it is to live with pain.Amyu should have gone to the snows long ago, but instead chose to live in shame. Cast out of her tribe, she now serves Queen Xylara and the Kingdom of Xy. Her new mission is to find the key to defeating the wyverns who attack from the sky—but can a girl from the Plains control beasts who soar in the air? She knows that Joden has been brought to her by the winds, and they do what they will. Their love is forbidden by the Plains, and their dreams pull them in different directions—but together they heal each other. If only they could heal their people, who are struggling with the ultimate goal:Who will be WarKing? 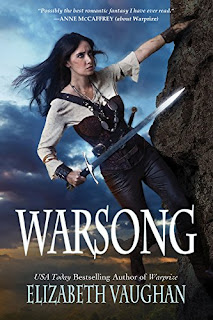 The first books of this series were traditionally published, so this author can be trusted to offer a great story with great writing. Glad to see she's continuing this series.

Angus Murray, bouncer for a New Orleans Shifter bar, is sent to round up an elusive, Collar-less Shifter woman, Tamsin Calloway, who is causing trouble for Shifter Bureau, and possesses information they want. If Angus refuses, he risks losing his cub. He finds Tamsin but she's slippery and not about to be rounded up quietly. In fact, quiet is nothing Tamsin will ever be. She leads Angus on a wild chase, but he's determined to bring her in to save his son.Can Tamsin convince Angus she's worth helping before she's locked away by Shifter Bureau, Collared, or perhaps killed? 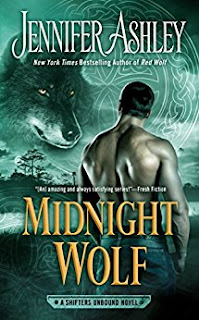 I've been invested in this series for quite awhile and although this is the 11th book, the stories are still fresh and new. And it's fun catching with old friends from earlier books.
Posted by Carolyn at 10:36 AM 1 comment:

The Shape of Water

Elisa is a mute, isolated woman who works as a cleaning lady in a hidden, high-security government laboratory in 1962 Baltimore. Her life changes forever when she discovers the lab's classified secret -- a mysterious, scaled creature from South America that lives in a water tank. As Elisa develops a unique bond with her new friend, she soon learns that its fate and very survival lies in the hands of a hostile government agent and a marine biologist. 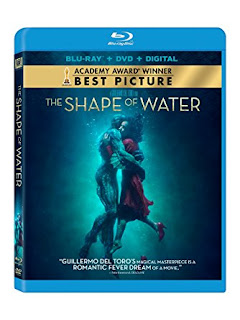 Lori: I was walking into our local movie theater to watch a fashion show and this movie was letting out. A woman, also waiting for the fashion show, greeted a couple who were leaving the movie. "How did you like it?" she asked. "It was wonderful," the woman part of the couple replied while her male companion answered, "It was okay for another one of those angry woman movies."

I knew I needed to see it when I heard angry woman movie.

Now I have to tell you how terribly disappointed I am to say, this was not an angry woman's movie at all. What it was, from start to finish, was a disjointed mess that never reached any of its many potentials.

It could have been a beauty and the beast type movie since there was a romance between a woman and a monster but well, it wasn't.

It could have been social commentary with the racism, homophobia and and sexism scattered throughout the movie but it wasn't any of those things either.

It could have been high camp with the movie musical sub-theme  running throughout but you guessed it: nope.

The story simply put: mute woman falls in love with fish man. Straight, white men are evil. Russian scientist is good guy but bad also because he's Russian. Black people are convenient as secondary characters and straight, black men are not good either (the only black men are the husband of Eliza's friend who is lazy and a coward and the men at work who moved the camera from the loading dock so they can smoke and avoid working) (yep, racist much?)

I really can't comprehend how this movie won an Oscar. It sincerely had no shape, no depth and no reason.

Carolyn, what did you think?

Carolyn:  I bought this movie with remnants of The Swamp Creature drifting around in my brain.  But I thought, 'this is 2018, this will be a much more sophisticated movie'. But alas - it wasn't.

It was all very basic. The bad guys were really, really bad. The good guys were very good. The monster was noisy. Everyone was cardboard. The entire tale was a good example of an author doing that godlike thing that authors do to patch up a plot, can't think of the word. But that's how it seemed to me, especially the ending, which God forbid I should spoil.

I suggest you read R. Lee Smith's Last Hour of Gann if you want an example of a great lizard hero with good depth of character. Of course, he talked, not bubbled.  ;-)

And I have to agree with Lori: don't know why this garnered an Oscar(s). Was it a technical Oscar?

Lori: It won Best Picture which makes no sense since it should win Razzies, not accolades.

I wonder if it won because it was a feminist film and Hollywood is all up in the Me, Too movement. Nothing else really explains this mess.

And the fish man wasn't even hot. *sigh*

Please someone, disagree in the comments so I can understand why anyone liked this hot mess.
Posted by Carolyn at 2:38 PM 2 comments: 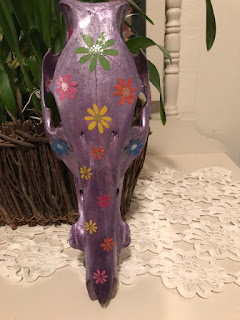 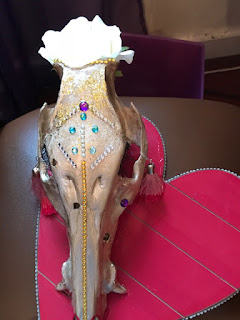 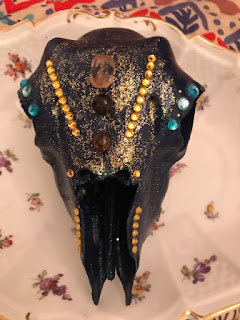 This is my newest passion.

A year ago, after I started Weight Watchers, I also started doing mild exercise which was usually walking. One of the places I've enjoyed walking is what we call the 'jungle road' which is on the right side of the road a farm and then an abandoned tree cutting enterprise and on the left hand side is, well, jungle.

There's wild pigs in them thar jungly places and they occasionally dart into the road and get hit by cars. Carcasses are left at the side of the road and the small critters eat them clean. And that's where I've found skulls.

So of course I brought a skull or two or ten home and cleaned them up and played with them. And the more I played the happier I became until I realized that I love doing this. Only problem is nobody can have ten skulls hanging around a small bedroom with the desire to have even more to play with.

So I opened an Etsy shop.

No sales so far but plenty of views and lots of fun. I'm planning to have even more fun with it as time goes on.